This is a guest post written by one of my friend, Kaif who also attended the book launching at GerakBudaya.

The only force that brought me to the book launch for Prof. Milner’s second edition of Kerajaan nearly three weeks ago was sheer curiosity. And as always, it didn’t disappoint: the panel discussion which included the author himself was absolutely eye-opening, at least to a complete neophyte of Malaysian politics, history and anthropology. Two weeks and a little more later, I’ve finally finished it and cannot recommend it enough to anyone (Malay or otherwise) even remotely interested in the questions of nation-building and unity in Malaysia. Why? Because, to our advantage or not, we are not building a nation in vacuo, and thus to make headway sustainably beyond the superficial level of economy and government, we first need to really understand the cultural and psychological matrix in which we are all embedded. This then implies, at least to my mind, learning about the history of our worldviews and mentalities, and how they might have turned out as they are now.

Anyway, reading it has been no less than a journey of self-discovery. I think I have understood myself a lot better both as a (half) Malay as well as a rakyat under a uniquely Malay royal umbrella. The following then is a short summary as well as a collection of some highlights of ideas, some the author’s and others my own, gleaned from this little journey, and I hope that they will be of some use to the reader, if only to whet his or her appetite to get hold of a copy (Christmas is around the corner?) and enjoy it as much as I have. Before going further, I’d just like to point out that it is quite dangerous to read too much into such works as history, which are themselves ultimately speculative, and that I’ve had my own share of qualms and apprehensions. Nevertheless, seeing that they are most probably either too naïve, too uninformed or just plain wrong, I won’t bore you with them here.

First, a short summary to orientate those who have yet to read it. It has been noted before by scholars such as Clifford Geertz that the Malay political culture is disproportionately preoccupied with the formal and the ceremonial, hence his coining of the appellation ‘theatre state’. And even without such works, it is not difficult to observe this in today’s Malaysia where the king appears to be nothing more than a ceremonial puppet conferring too many titles that make our preprandial speeches too long. With this in mind, Kerajaan then is basically Prof. Milner’s take on explaining all these at the level of the ancient worldview and value system of the Malay realm; he attempts to achieve this by studying malay manuscripts in the form of two hikayats alongside the colonial documents. 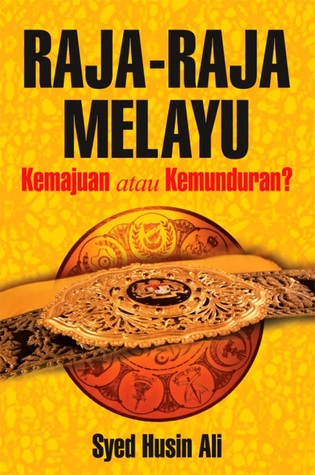 History of Kings and rulers also politics and governance in Malaysia.